Hill Top Views is a 3D map of the Earth and Moon, developed by Dominic Ford. The Earth map includes labelled models of thousands of hills and mountains, while the Moon map shows how the Moon appears at any time in its monthly cycle of phases.

Landscape models can be exported as SVG graphics for use in artwork, or as STL files which can be imported into 3D-rendering or 3D-printing software. 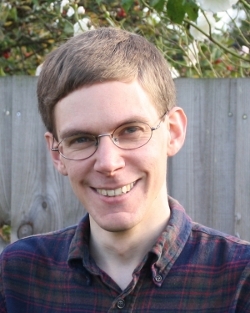 By day, I am a software developer working on the exoplanet search pipeline for the European Space Agency's PLATO mission, which is scheduled to launch in 2026. I am based at the Institute of Astronomy in Cambridge, UK.

I previously led the development of the data-analysis pipeline for 4MOST's spectroscopic surveys of the Milky Way, working in Sofia Feltzing's group at Lund Observatory, Sweden (2017–2019). The volume of data 4MOST will collect poses some interesting challenges, since it will observe tens of thousands of spectra every night. In practice, machine-learning techniques are likely to offer the only affordable way to analyse such a large dataset, but the interpretation of their output can be challenging.

Projects I work on in my spare time

In my spare time, I work on many science communication and amateur astronomy projects:

In the 1990s I was the kind of geeky teenager who sat in my bedroom writing computer games for my Acorn Electron. I even got a couple of them published. Though the reviewers spotted, quite correctly, that I wasn't very good at making up story lines.

All of the information and diagrams on this website are released under a Creative Commons Attribution 3.0 Unported License. . You are free to reproduce them for any purpose, but must credit Hill Top Views.

All of the information presented on this website is derived from public domain sources. The NASA SRTM dataset is publicly available under a US Government License. The Database of British and Irish Hills is licensed under a Creative Commons Attribution 3.0 Unported License.

You can email me at